Here’s the abstract of the new paper (link to full paper):

Climate change is altering light regimes in lakes, which should impact disease outbreaks, since sunlight can harm aquatic pathogens. However, some bacterial endospores are resistant to damage from light, even surviving exposure to UV-C. We examined the sensitivity of Pasteuria ramosa endospores, an aquatic parasite infecting Daphnia zooplankton, to biologically relevant wavelengths of light. Laboratory exposure to increasing intensities of UV-B, UV-A, and visible light significantly decreased P. ramosa infectivity, though there was no effect of spore exposure on parasitic castration of infected hosts. P. ramosa is more sensitive than its Daphnia host to damage by longer wavelength UV-A and visible light; this may enable Daphnia to seek an optimal light environment in the water column, where both UV-B damage and parasitism are minimal. Studies of pathogen light sensitivity help us to uncover factors controlling epidemics in lakes, which is especially important given that water transparency is decreasing in many lakes. 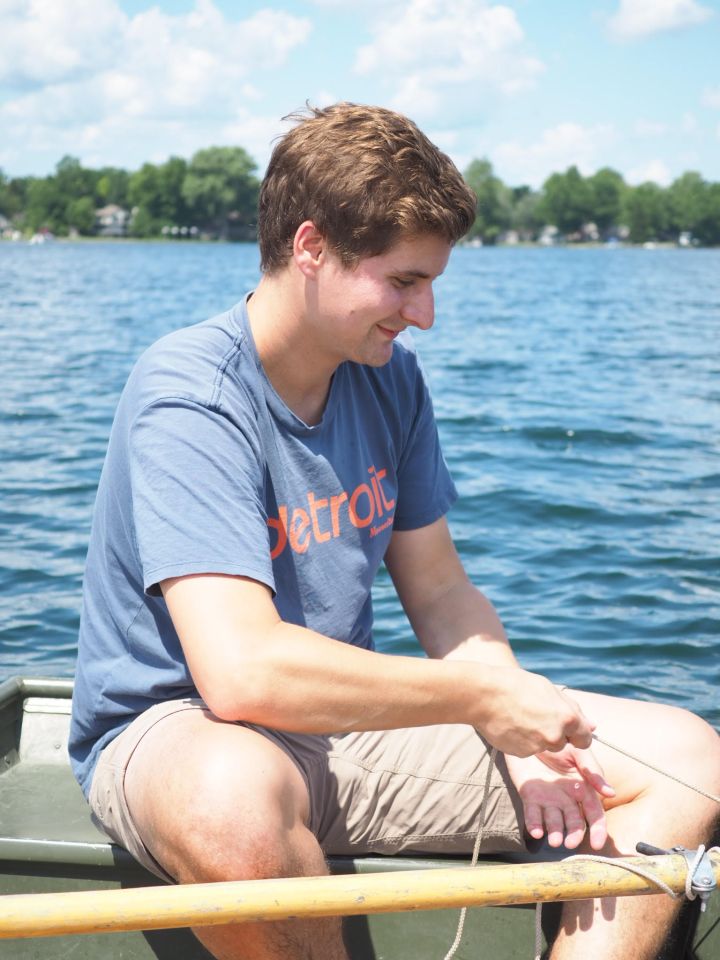 Camden collecting Daphnia in the field

The 2019 field season is over! Normally our field season runs from mid-July through November 14th, since November 15th is the start of deer gun hunting season in Michigan. But this year Mother Nature made us end field season a little early. We had a blizzard (11 inches of snow!) followed by extremely cold (single digit Fahrenheit) temperatures in what would have been the last week of field season, so we ended it early. Here are some pictures from this past field season! 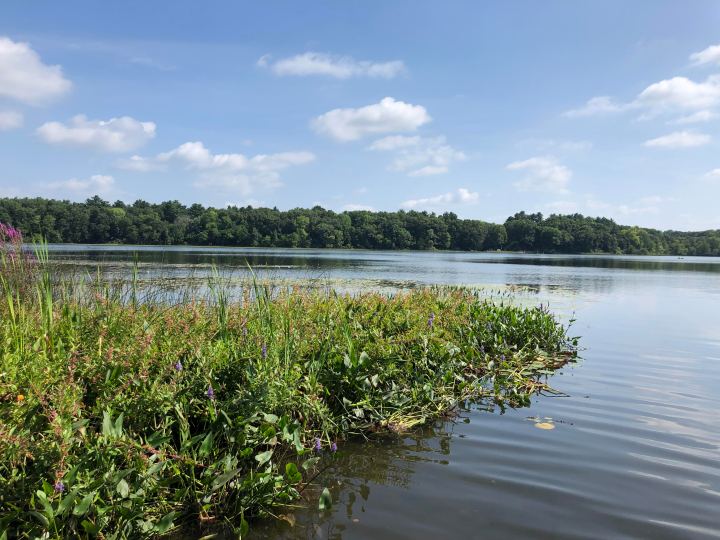 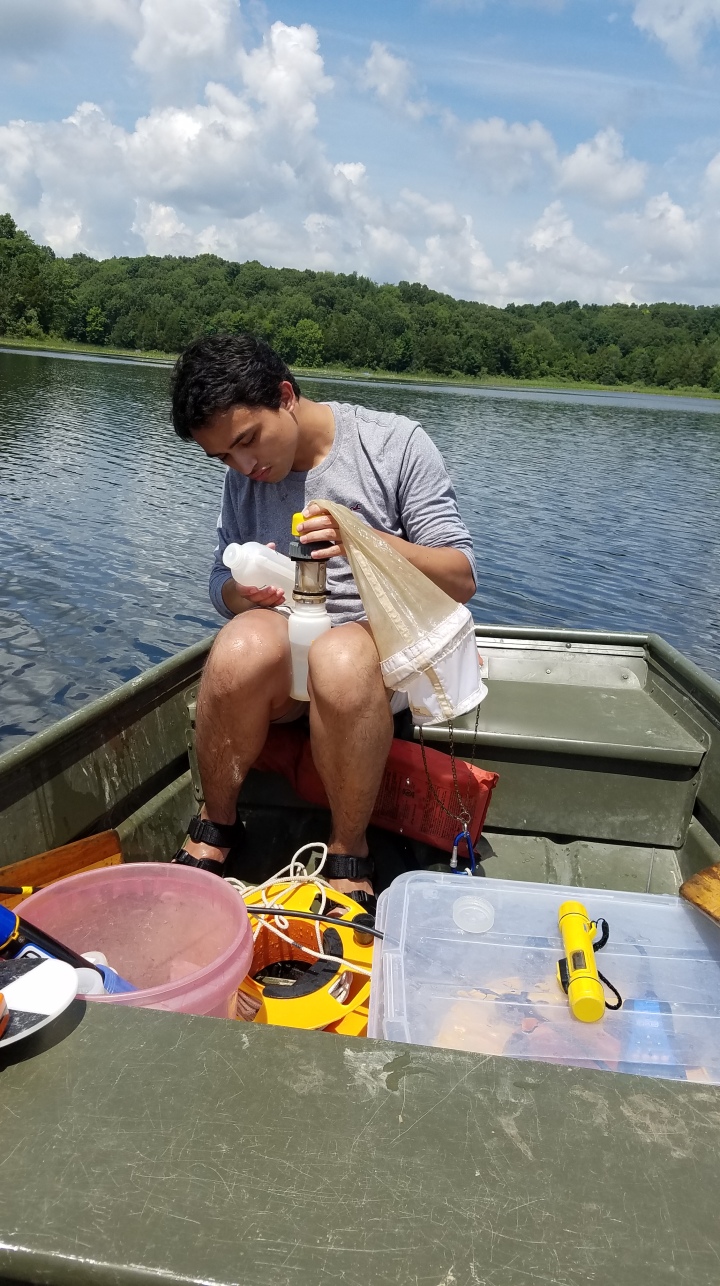 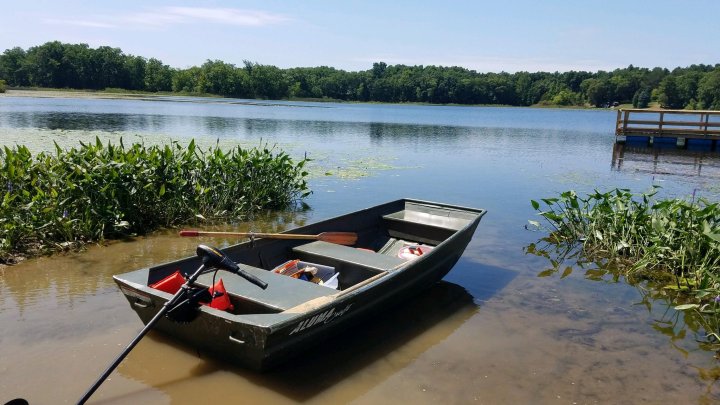 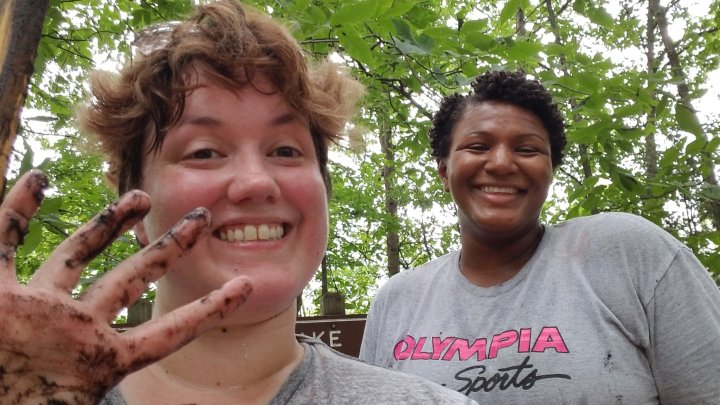 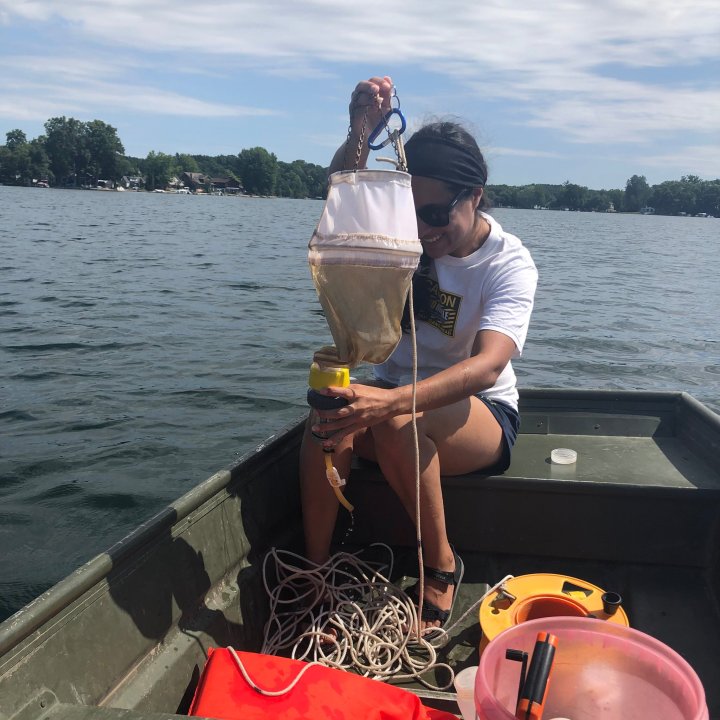 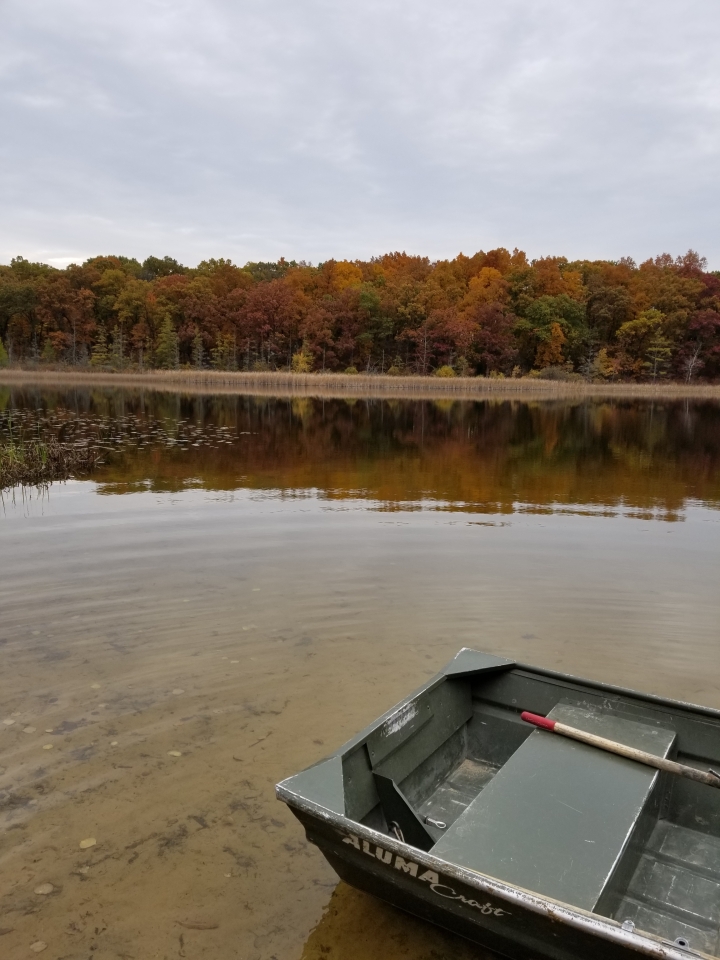 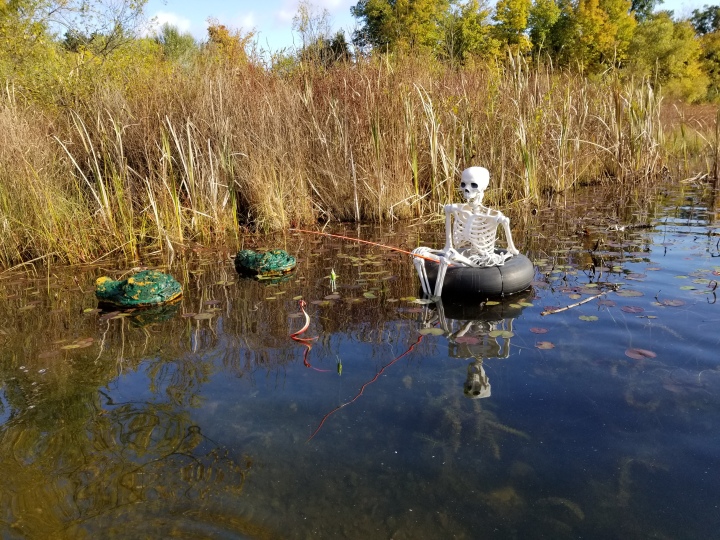 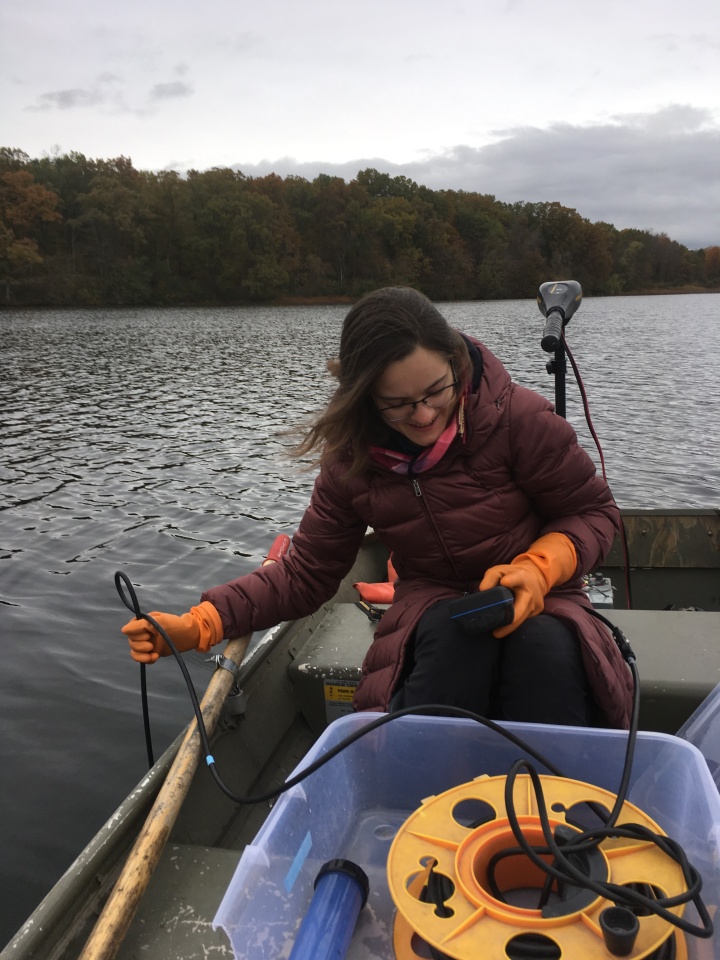 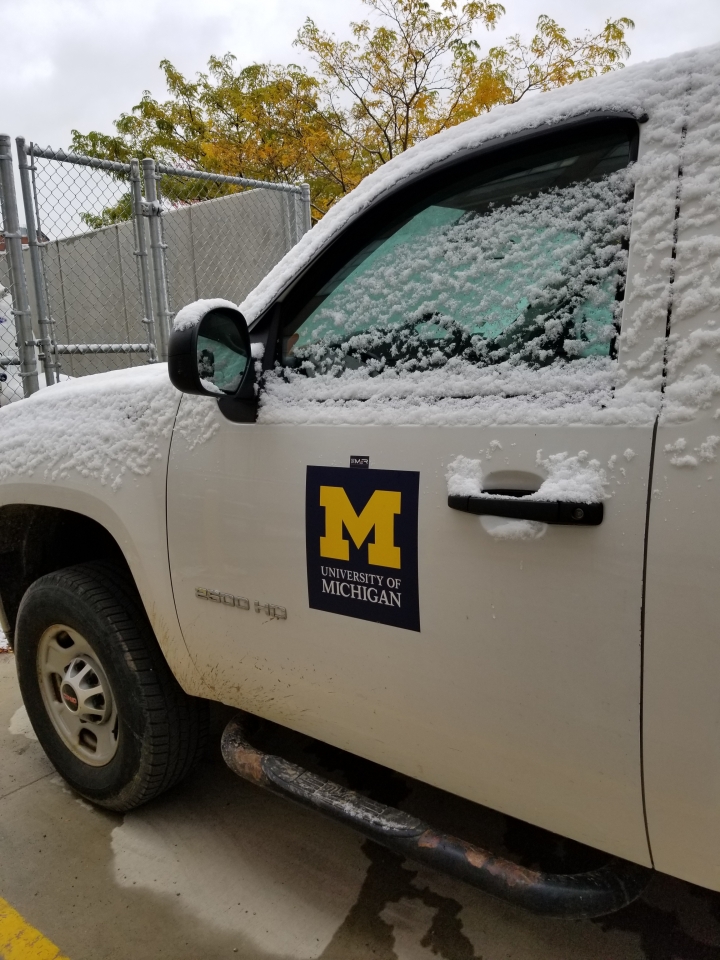 Meghan has a new article out entitled, “Preaching to the choir or composing new verses? Toward a writerly climate literacy in introductory undergraduate biology”. This work is a collaboration with JW Hammond (from the UMich School of Education) and Susan Cheng (at UMich’s Center for Research on Learning & Teaching). Some key findings:

Here’s a Michigan News release about the piece:

Teaching about climate needs to empower students toward change

We’re a little late in getting Patrick’s start announced, and very late for Laura’s, but on the principle of better late than never:

Dr. Laura Lopez started as a postdoc in August (I told you we’re late in getting this announced!) Laura is earned her PhD in 2017 from the University of Wollongong in Australia, where she worked with Andy Davis and Marian Wong. She then did an Australia Awards Endeavour postdoc at UC Davis, where she worked with Andy Sih. Laura is interested in behavioral ecology and natural enemy ecology, as well as the conservation of freshwater ecosystems. She’s working on projects at the interface of behavioral ecology, disease ecology, and predation.

Dr. Patrick Clay started as a postdoc in April (phew, we’re not so late in announcing his start!) Patrick just earned his PhD from Rice University, where he worked with Volker Rudolf (but also collaborated with the Duffy Lab!) Patrick is a disease ecologist who is especially interested in co-infections and in how processes that occur at the within host level scale to populations and communities.

We’re very excited to have both of them in the lab!

Meghan visited Washington, DC for the Coalition for National Science Funding exhibition, where she talked about the importance of basic scientific research. She got a chance to introduce lots of folks, including Congressman Jack Bergman, to Daphnia! 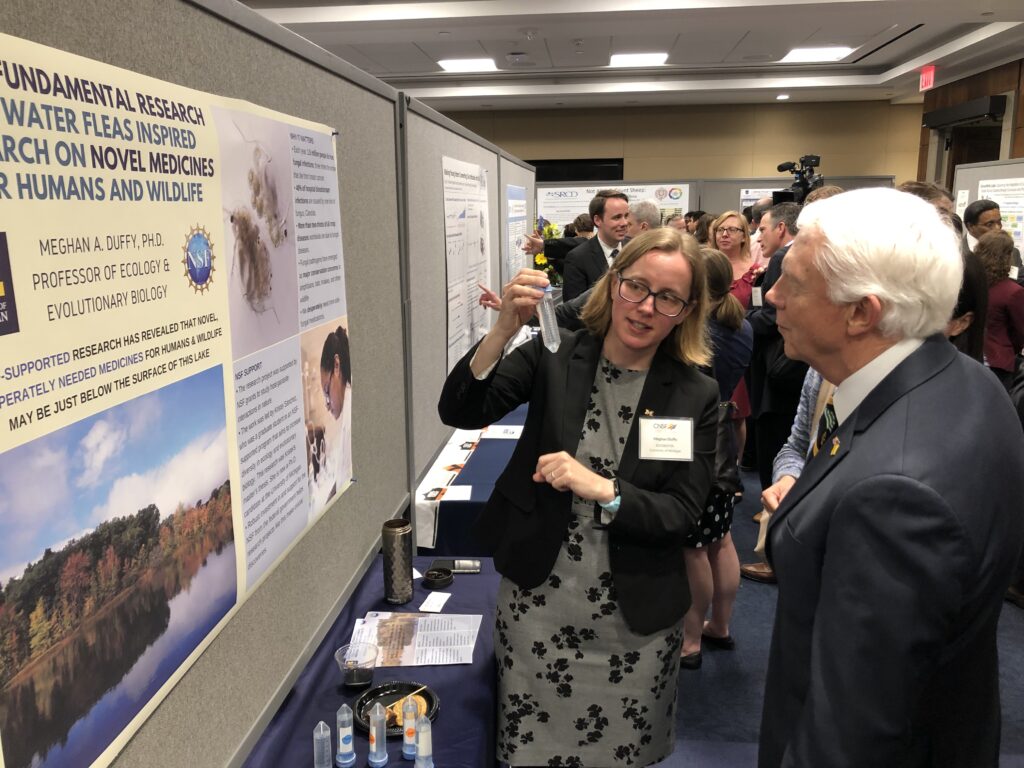 Meghan’s day was filled with meetings with staffers on the Hill, followed by her poster presentation at the CNSF exhibition. More information on the trip can be found here.

Congratulations to Clara, who successfully defended her dissertation and is now Dr. Clara Shaw! Clara will be teaching General Ecology at the UM BioStation this summer, then moving to Penn State for a postdoctoral position. Congrats, Clara! The Duffy Lab
Blog at WordPress.com.